New Alamein City: Empty hype or an international destination in the making? 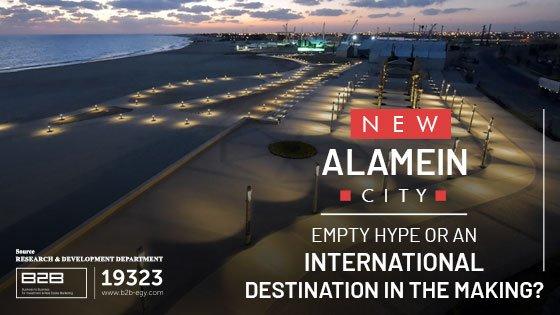 New Alamein City is the second biggest mega-project after the New Administrative Capital- to be announced as part of the government’s grand strategy to increase urban development and decrease the dense population concentration within Greater Cairo, Alexandria as well as other major cities. The new coastal city has gained a lot of hype within the real estate market recently and for good reasons.

First, the New Alamein is being developed as a functional city year-round in comparison to the rest of the gated communities lining the Mediterranean shore that are only operational during the summer season. Instead, the new city built over 50 thousand Feddans will be a residential relocation destination with a multitude of infrastructural facilities such as a water desalination facility, solar energy station, industrial and agricultural zones to service the city, and private as well as public educational facilities including schools, universities, a large public library, and a center for scientific research.

Additionally, the city is also developed to be a large international commercial and touristic hub on the Mediterranean. With an international airport in its proximity, a highway network for ease of transport being developed around the city, business and convention centers, six renowned hotel chains already bidding their developments within the city, museums, an opera house, a gigantic entertainment park, and Egypt’s first Ferris wheel the Alamein Eye being built, the city will surely compete regionally as well as internationally as a thriving tourist destination right on the breathtaking Mediterranean shore.

Finally, from a real estate investment perspective, New Alamein City would be the perfect destination to seek relocation or invest into a property-whether residential or commercial- as well as enter Egypt’s thriving real estate investment market. The city is expected and has already proven to be a prominent attraction to international and domestic investors.

Therefore, making the city well-worthy of the recent hype it has gained, New Alamein city will not only be Egypt’s new coastline jewel, but also an eco-friendly city planned and built with highest international standards of smart green living in mind.