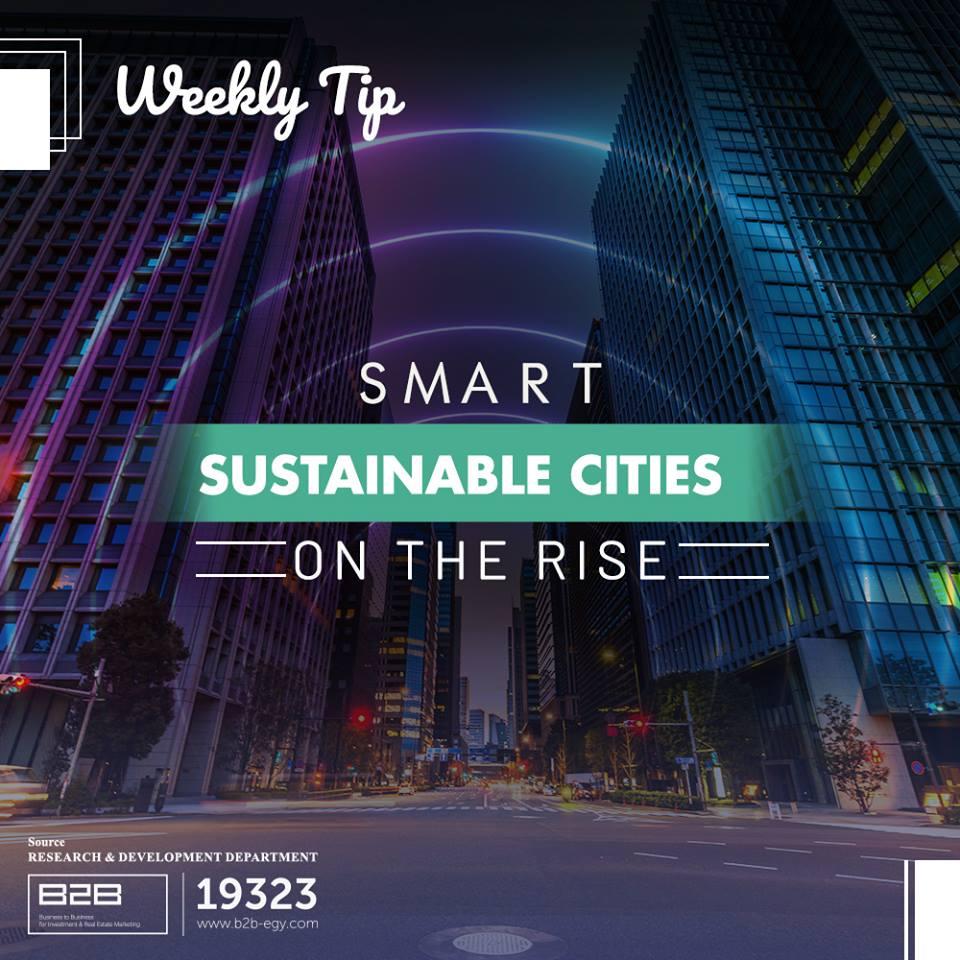 Whether you’ve seen the words sustainable and smart alongside names of new real estate developments or heard them as slogans in advertisements, the words have become so widely used yet often misunderstood or misused to merely promise a futuristic ideal without any real details. Over the next couple of weeks, B2B’s R&D will introduce and explain what smart and sustainable cities are, how real estate developers can incorporate these concepts into their planning, and how they would affect the real estate market in Egypt.

First, it is important to understand that smart cities aren’t just a new fad concept that will eventually be forgotten. The idea to create smart and sustainable cities is a critical reflection to today’s and tomorrow’s urban development problems. The world’s rapid urbanization process has forced governments and real estate developers to invest into concepts that can counter the resulting demographic, economic, and environmental changes. Close to half of the world’s population today has already relocated or been living in urban cities, land areas that account for less than 10% of their respective countries. It is also estimated that populations within cities are responsible for 60% of the global GDP. Relocating to urban areas is often driven by economic opportunity, which positively affects city economies by aiding the transition into knowledge-based economies where the largest share of the world’s highly skilled, entrepreneurial and creative populations live, creating the perfect environment for thriving economic development.

However, the population density created by urbanization also creates infrastructural and environmental threats that must be countered sustainably in-order for cities to continue thriving.

Tune in for next week’s tip to get more details on what smart sustainable city concepts are all about, how governments and real estate developers achieve them, and how they’ll affect the real estate market in Egypt.